Background
Light olefins, especially ethylene and propylene, play a pivotal role in modern petroleum and chemical industry as basic organic chemical raw materials.
The technology of producing olefins from coal through methanol (MTO/DMTO) can replace naphtha cracking to produce low-carbon olefins, saving crude oil and naphtha resources, and alleviating the shortage of petroleum and olefin resources.
MTO/DMTO is a chemical technology that uses methanol as raw material to produce light olefins through methanol dehydration in a reactor.
During the MTO/DMTO reaction process, the products are mainly light olefins, and large amounts of by-products such as water, mixed alkanes, olefins, aromatic hydrocarbons and yellow-brown oily liquids are also generated.
When water is used as an absorbent to absorb light hydrocarbons such as methanol, dimethyl ether and other heavy hydrocarbons in the product gas, the light hydrocarbons such as methanol and dimethyl ether are stripped out and returned to the reactor to participate in the reaction; while some heavy hydrocarbons in the water, such as the emulsified paraffin and yellow-brown oily liquid will be continuously enriched in the circulating water. After heat exchange through heat exchanger, the water temperature will drop, and the emulsified oil in the water will be adsorbed in the heat exchanger, resulting in a decrease in the heat exchange effect, even blocking the heat exchanger seriously affects the stable operation of the system
During the MTO/MTP reaction process, quench water recycling in the quench tower will lead to the enrichment of catalyst and a small amount of oil in the reactor.
The catalyst acts as a bridge to form large particles, which will wear and block the pores, and cause the water treatment system to paralyze.
Therefore, in response to the above two phenomena, JIUWU HI-TECH has developed ceramic membrane separation technology to purify quench water and washing water, which effectively solves the problem of catalyst and emulsified oil blocking equipment in the water system. 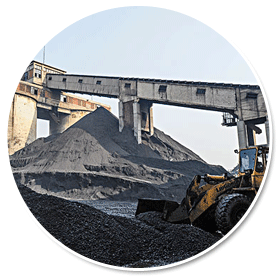 Process description
In this process, ceramic membrane cross-flow filtration technology is used to efficiently remove catalyst and emulsified oil impurities in quench water and washing water.
The feed of quench water and washing water is sent to circulation pump through feed pump and then enters ceramic membrane device.
The feed flows at high speed in the flow channel of membrane tube, the catalyst and emulsified oil are trapped in the concentration by ceramic membrane, and clarified permeate passes through the ceramic membrane under pressure to enter MTO water circulation system for continued use.
After centrifugal separation, the concentration containing the catalyst is filtered through filter press, and the filtrate re-enters ceramic membrane system for recovery and treatment. The oil-bearing concentrated liquid is sent to the system for incineration because of its high calorific value.
Ceramic membrane has high filtration and separation accuracy and excellent purified water quality which completely solves the influence of impurities in the quench water and washing water on the MTO water system equipment, avoids the blockage of the tower-tray, heat exchanger and air cooler and other equipment, and greatly extends the operating time of the equipment , reduces the frequency of equipment cleaning and improves the stability of the system. 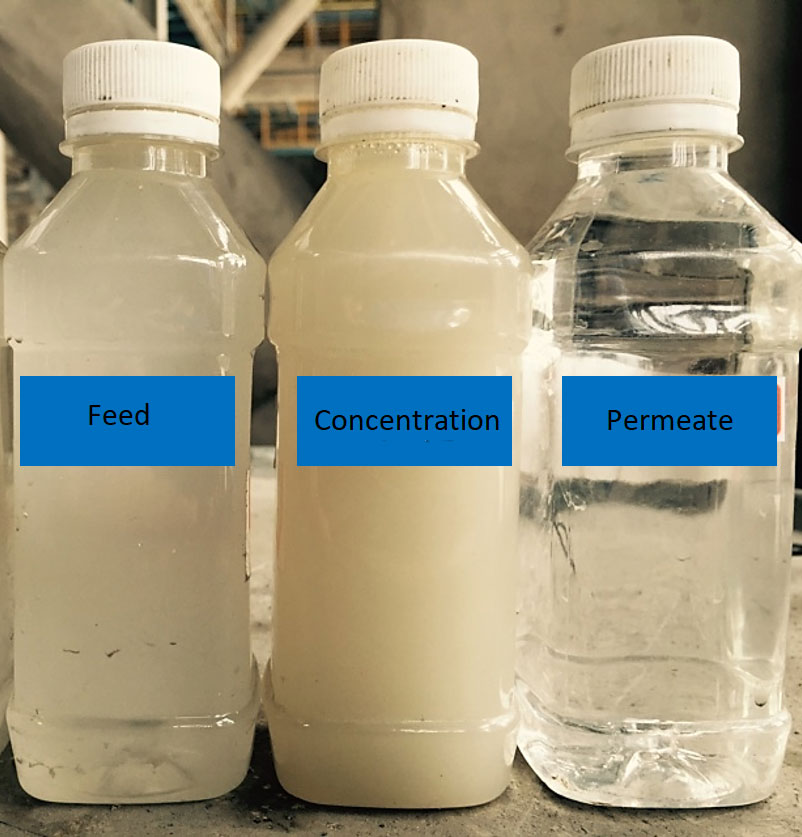