In the production of dairy products, the traditional concentration technology is to use evaporation concentration technology, such as three effect (four effect) evaporator, centrifugal evaporator, etc. Although this method has the advantages of high evaporation efficiency, under high temperature conditions, the flavor and color of the products are greatly lost, and the effective and nutritional components are also lost.It is difficult to maintain the original flavor and taste of the dairy product, the production cycle is long, and the energy consumption is high.Because there is no phase change, low energy consumption, simple equipment and easy operation, there is no need for heat source and vacuum system, so area covered is small. The disadvantages of high temperature concentration can be effectively avoided, and the molecular activity in dairy products and the original mellow and smooth taste can be maintained to the maximum extent.

After degreasing, sterilization and filtration, the milk enters the process circulation tank and is transported to the system through the pump. At the same time, the circulating pump of membrane equipment is opened to maintain a certain operating pressure and flow rate for concentration and filtration. Under the action of pressure, the water solution of the ineffective components is collected into the clear liquid tank through the membrane; the milk that does not pass through the membrane is concentrated and enters the circulation tank, and the feed liquid is continuously concentrated. When the concentration reaches the set target, stop the machine and transfer the concentrated liquid to the concentrated liquid tank for the next process.

Ultrafiltration can retain almost all of the protein in the raw milk, while allowing lactose and ash to pass through. Through full filtration, that is, continuous addition of water in the retentate and repeated filtration, lactose and ash can be removed to the greatest extent, so as to produce concentrated milk protein with high protein content (protein content>85%). This technology is also used in the production of skimmed milk powder with high protein content and desalted and de-lactose whey powder, which is used to produce ice cream, yogurt, soft cheese and other fermented dairy products. It can also combine ultrafiltration and electrodialysis to produce whey protein concentrate (its solid content is 96%, lactose 50%, nitrogen 35%, ash 8%). 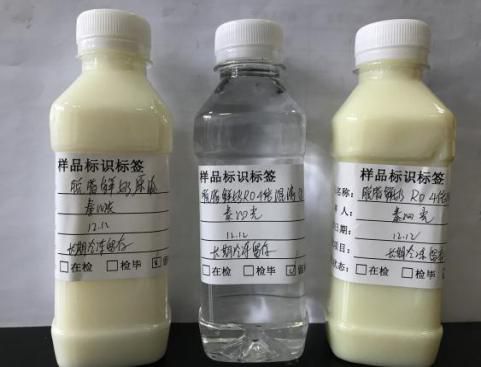 The characteristics of dairy grading process route are mainly reflected in the following aspects: the integrated technology of microfiltration and ultrafiltration is used to realize the sterilization and purification of dairy products, to create a better working environment for the subsequent process, so as to achieve a higher concentration effect and maximize the original color and flavor quality of dairy products. 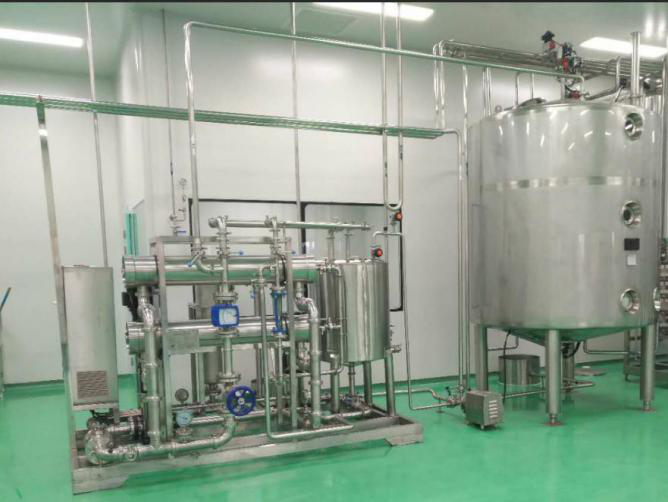 Practice has proved that the skimmed raw milk can effectively remove bacteria after filtration. The interception ratio of bacteria (the number of bacteria in the concentration/the number of bacteria in the filtrate) is ≥5.2x104, that is, the removal efficiency of bacteria is greater than 99%. Comparing the main components in the retentate and the filtrate, the membrane has the highest retention ratio of fat components. The average amount of fat in the filtrate is almost equal to the starting skimmed milk fat, as is protein, and has no effect on lactose.
The membrane separation process can make the target dairy products achieve the desired purpose even at low temperatures. The separation and concentration of fresh milk and ESL, and the classification of skimmed milk, the effective production time of equipment (UF, NF, RO) operation can be controlled, the operation is relatively stable, and the energy consumption and the loss of milk product taste are greatly reduced.